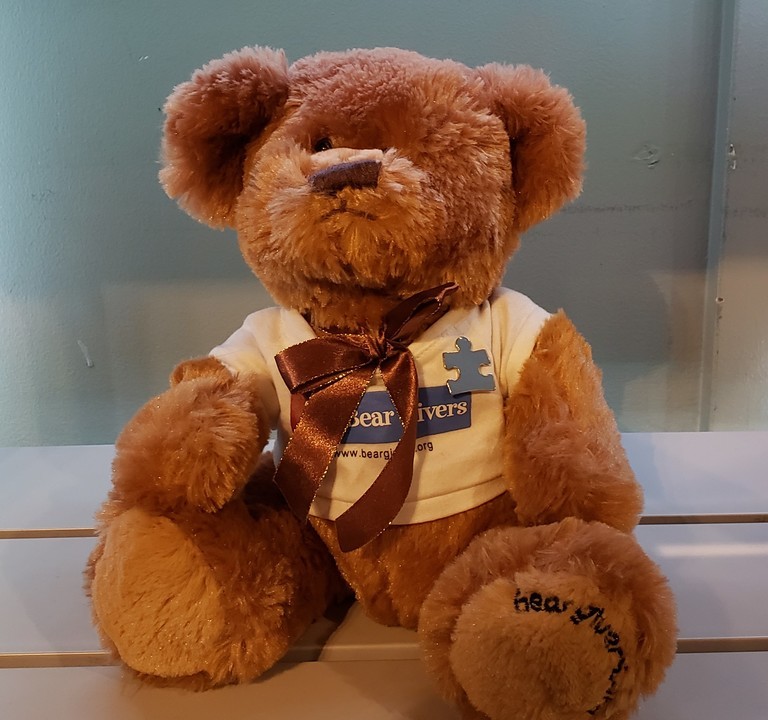 What is autism, and what does ASD (Autistic Spectrum Disorder) look like?

While many resources can provide you with a formal definition of autism, few will tell you what it looks like in the day-to-day. This may be because autism is an invisible disability. An invisible disability is any disability/disorder that is not immediately apparent. A lot of individuals struggling with autism face internal turmoil as they deal with sensory conditions, speech impediments, social awkwardness, processing disorders, and other challenges.

To add to the invisibility, everyone with autism experiences different symptoms to different degrees, hence why it’s referred to as autistic spectrum disorder, each case is unique to the individual. So for some autism may look like the inability to maintain eye contact, or the inability to bond well with peers, despite wanting to. For others, it can render as failure to appropriately express emotions, resulting in repetitive ticks, or even aggressive behavior.

But, for almost all with ASD, autism looks like tiresome days and restless nights. It looks like parents down on their knees begging for resources and support, yet up to their neck in expenses to try and alleviate the condition. It looks like disapproving glares from strangers and passerbyers as one’s child enters probably their 3rd or 4th meltdown of the night. No matter where someone or someone’s child sits on the spectrum, it often looks like physical, emotional, and financial hardships.

Challenges for People on the Spectrum and their Families

Workplace – Getting and Keeping a Job

Certain work environments can be particularly troublesome to individuals on the spectrum. It is easy for their senses to become overstimulated, and they generally struggle with tasks that rely on short-term memory, like fast-paced environments, such as cashiering and waiting on tables. Furthermore, even when one secures a job, it can be difficult maintaining it.

As much as we may try to encourage understanding and acceptance of all the weird quirks and irregularities associated with ASD, many individuals are terminated due to inappropriate behavior that result from their symptoms. One thread on Reddit, an online platform where users post to niche-oriented categories, in this case reddit/aspergers, details community testimonials of users being fired as a result of their condition. Their stories describe terminations resulting from “troubles with eye contact”, not “making small talk during coffee breaks”, to more extreme scenarios like “sensory overloads” and “breakdowns”. Ultimately, those with autism face a two-front challenge: first in attempting to get a job, and the next in keeping it.

Education poses both a direct and indirect challenge to families with a member on the spectrum. The child with autism is directly effected since their condition often impairs traits necessary to thrive in a classroom, like speech and language. Additionally, they must sustain any bullying, both by peers and teachers, that might result from their individuality. One survey estimates that a whopping 63% of children with autism are bullied.

Further, parents are indirectly affected since a lot of schools are not equipped to properly serve a child suffering from autism. This includes physical equipment, like visual and hearing aids, as well as appropriate training for staff to deal with special needs. Moreover, lots of parents need to shell out big on giving their kid access to private tutoring, and therapeutic assistance outside of the classroom. One of the most popular therapy disciplines for children with autism is ABA therapy, applied behavioral analysis. ABA helps train children to deal with practical world scenarios, but this isn’t without cost. In fact, the average cost for ABA therapy is $60,000 annually. This figure is even more staggering when you consider the fact that parents often have to work less hours to care for their special-needs child, diminishing their net income even further. Even if the parents have the finances available to cover their child’s needs, it is a time-consuming process, and every second the child doesn’t receive the help they need, they fall behind.

Today there are many laws in place to protect individuals suffering from a disability, including invisible ones like autism. Unfortunately though, this does not prevent discrimination, or accusations against those with autism. Even more disturbingly, according to Asperger’s Autism Network, “Some people with Asperger’s profiles have confessed to crimes that they did not commit in an anxious effort to stop police questioning.” To top it off, legal battles are a huge financial constraint, and when it’s added with the costs of therapy, schooling, and other expenses associated with autism—plus the employment difficulty, this expense for many is insurmountable.

How Does Pro Bono Help?

One of the main benefits of pro bono work is intuitive—it’s free of charge. A family needs a lawyer, and they receive one for no cost. Yet, there are many more benefits that aren’t as obvious. On Joeprobono.com alone, our professionals don’t just deal with law, but also specialize in health and wellness, motivation, communication skills, interpersonal skills, and other forms of training that have a clear application to those on the spectrum. Other pro bono organizations have contributed to the autism awareness movement as well. Just recently, the Ad Council, a highly successful digital media agency, partnered with Autism Speaks and Sesame Street (which also just debuted its first autistic puppet), to launch an awareness campaign for the disorder (and it’s all pro bono work!).

A more discrete point, but crucial nonetheless, is the kind of character associated with pro bono professionals. As Rocket Lawyer Incorporated puts it, “pro bono work reflects positively on a lawyer’s personality…” Anyone suffering from a disability requires a heightened degree of patience, understanding, charisma, and above all, kindness. This is exactly the nature of our distinguished professionals at Joe ProBono, as well as many other pro bono organizations.

Autism is a wide-reaching disorder, with many differences between those affected. But, most are united in the general struggle they face in employment, education, and legal/financial hardship. In order to support these unique and strong individuals, we must support organizations that can provide them services they otherwise couldn’t receive. This is exactly what Joe ProBono aims to do, lend opportunities to those who are often neglected. As our founder, Joseph Sprung says:

“When people who have skills to offer can be connected with people in immediate need, that’s when anything can happen.”

Remember, maybe you’re not able to donate to the cause of your choice, but you’re always able to lend your expertise, and maybe pro bono work is exactly the outlet you need to do so.